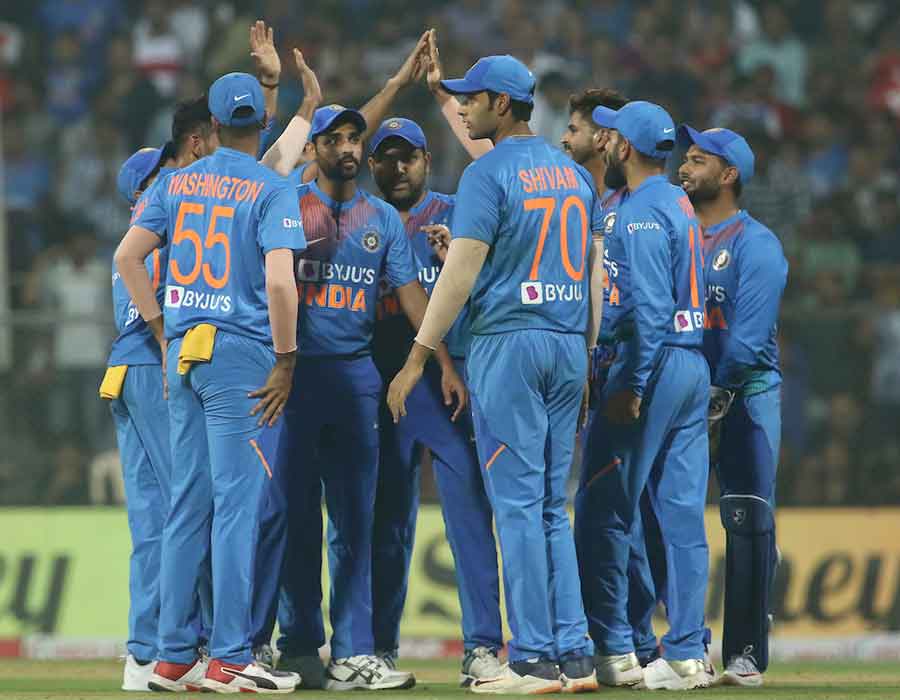 Smarting after a comprehensive defeat at the hands of the visiting West Indies team in the second T20I, Team India on Wednesday bounced back with full vigour and trampled the visitors with a big margin of 67 runs in the third T20I that was played at Mumbai.

West Indies captain Kieron Pollard won the toss again and put India to bat hoping to repeat his team’s successful chase in the last match. His hopes received huge setback after India piled up a massive score of 240 for the loss of 3 wickets in their allotted 20 overs.

Openers KL Rahul (91 off 56 balls) and Rohit Sharma (71 off 34 balls) laid a solid foundation after which Virat Kohli played a blistering knock of 70 runs off 29 balls. Rishabh Pant, Virat Kohli’s blue-eyed boy, was sent at the crucial number three position but he disappointed once again and was out for a duck after playing just 2 balls.

The West Indian reply began on a shaky note as they lost 3 wickets with just 17 runs on the board. After that Pollard (68 off 9 balls) and Hetmyer (41 off 24 balls) tried to build the innings but after their departure, the rest of the batsmen could not put up any fight and the visitors could score 178 runs for the loss of 8 wickets in 20 overs.

KL Rahul was declared “Man of the Match” while Virat Kohli won the “Man of the Series” award.

With this win, India clinched the T20I series 2-1.