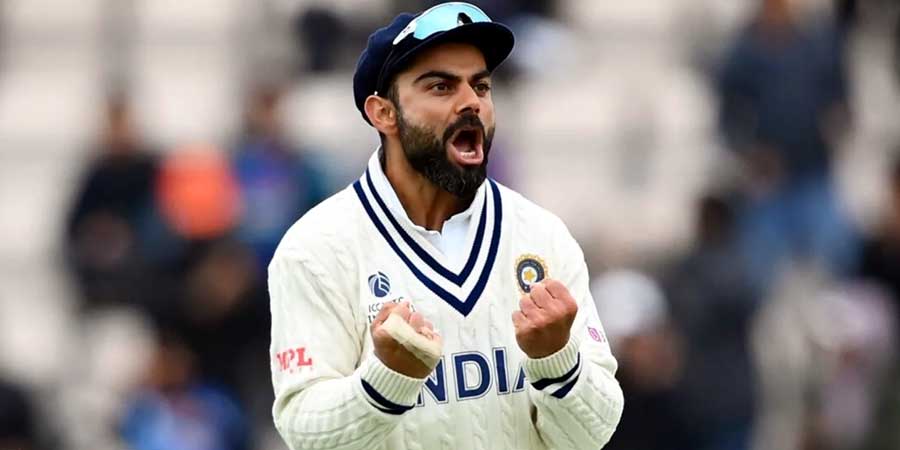 Virat Kohli on Saturday dropped a bombshell by quitting Test captaincy, a day after India suffered an unexpected series-defeat against a second-string South Africa.

Kohli signed off as India’s most successful captain after being given the reins of the side back in 2014 when M S Dhoni stepped down in the middle of the series against Australia.

Kohli was dealing with one controversy after another as he was recently removed as ODI captain by the BCCI after he decided to step down as Twenty20 captain.

His decision to quit as Test skipper has come at a time when his relation with the BCCI is so strained that he preferred to announce his decision on social media.

Arguably the biggest ambassador of the five-day game, Kohli took India to new heights in his tenure which saw the team become a force to reckon with in all conditions.

Kohli made the announcement in the backdrop of his tense relations with the BCCI which removed him as ODI captain after the star batter himself decided to leave T20 captaincy.

A massive controversy erupted when BCCI president Sourav Ganguly and chief selector contradicted Kohli’s claims that he was not asked to stay back as T20 captain.

“Every thing has to come to a halt at some stage and for me as Test captain of India, it’s now,” Kohli wrote in a statement which he posted on Twitter, taking everyone by surprise.

“There have been many ups and also some downs along the journey but there has never been lack of effort or lack of belief.”

Interestingly, when Kohli had quit T20 captaincy, he had also posted his message on social media.

“It’s been seven years of hard work, toil and relentless perseverance everyday to take the team in the right direction. I have done the job with absolute honesty and left nothing out there,” he wrote in his statement.