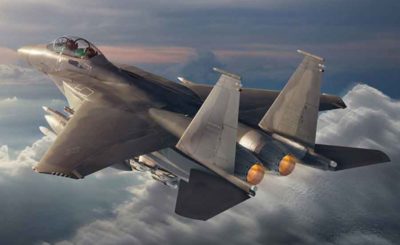 The F-15EX is a heavy fighter jet capable of carrying up to 22 air-to-air missiles or a mix of ground-attack weapons. Though in a heavier class than its competitors, F-15EX is the fastest aircraft in production and is known for its ability to carry a phenomenal weapon load.