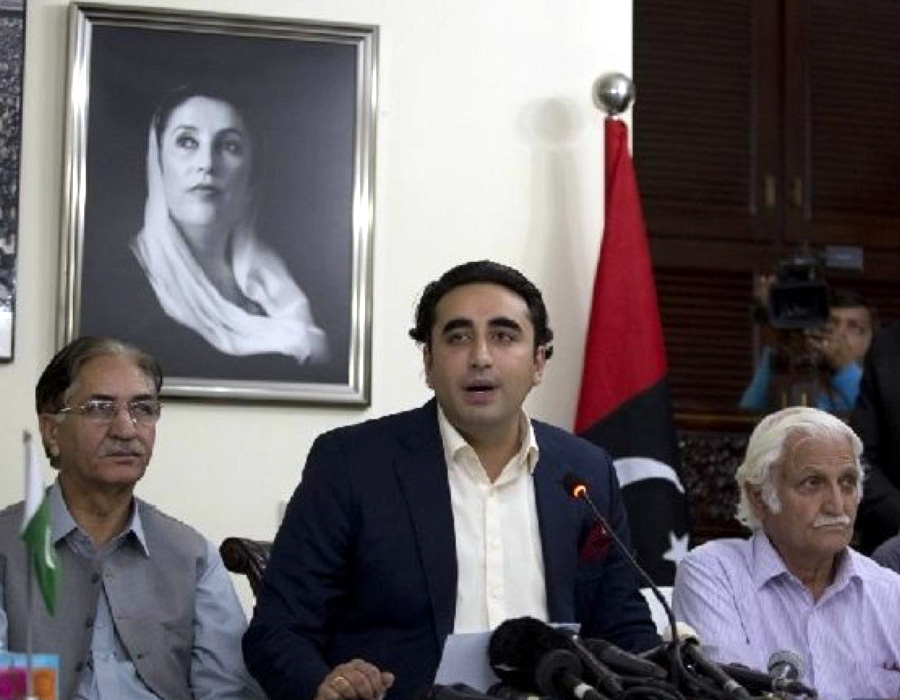 In a sensational statement, Pakistan People’s Party (PPP) Chairman Bilawal Bhutto Zardari on Thursday said that the dictatorial policies of Imran Khan government may lead to further division of Pakistan and separate Sindhudesh, Seraikidesh and Pukhtunistan can be formed. Talking to media persons in Hyderabad, Bilawal Bhutto said that the Imran Khan government is subjecting its own people including politicians to worst kind of persecution and warned that it can have disastrous implications for Pakistan. He also alleged that government policies were killing farmers, businessmen and ordinary citizens, adding Pakistan was dismembered in the past due to such policies.

Here’s what Bilawal Bhutto said in his explosive press conference:

1. “This country has already been broken in the past when Islamabad had tried to control the state. It’s not like those people who were less patriotic than you or me […] If PPP and other likeminded parties don’t stand up tomorrow, separate Sindhi, Seraiki, Pashtun states might be formed,” Bilawal warned.

2. “You try to build a narrative against Indian Prime Minister Narendra Modi saying that he unconstitutionally captured Kashmir and at the same time you try to occupy Karachi. This is bizarre,” Bilawal said. He said Prime Minister Imran Khan who has vowed to protect human rights in Kashmir has ripped apart democratic rights of the people of Pakistan. You want to run Karachi from Islamabad,” he asked

3. Bilawal further said that running a country is not like playing a cricket match. He also alleged that affairs of Karachi were being run from Islamabad which was unacceptable. He claimed that democracy was being pushed towards dictatorship, adding the attacks of the puppet government will not be tolerated.

4. Bilawal said basic rights of people are being snatched adding that Sindh provides gas to the entire country. He said undemocratic forces are attacking the Sindh government.

5. Lashing out at Imran Khan government, Bilawal Bhutto said that the federal government was trying to “occupy Karachi” following Law Minister Farogh Naseem’s statement and alleged that the Centre was considering taking over the administrative affairs of the metropolis through a little known constitutional provision.