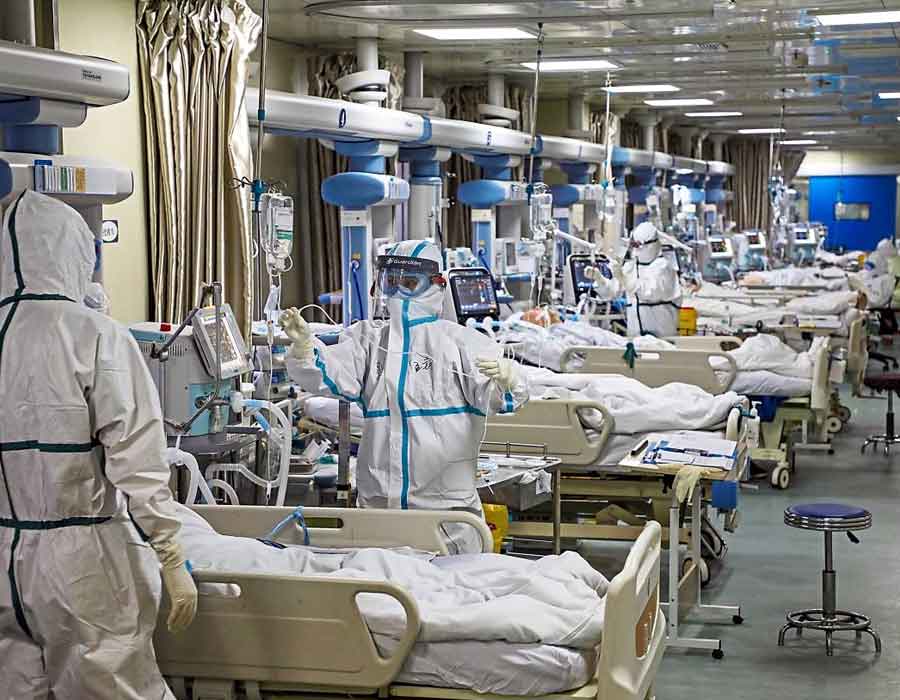 China’s coronavirus death toll mounted to 4,632 on Friday as the country revised figures in its epicentre Wuhan with 1,290 additional fatalities amid international criticism of under-reporting of COVID-19 data.

The Wuhan municipal headquarters on Friday revised the number of confirmed COVID-19 cases and deaths due to the disease, state-run Xinhua news agency reported.

The Wuhan municipal headquarters in a notification said the revisions were made in accordance with related laws and regulations as well as the principle of being responsible for history, the people and the deceased.

The revision of figures came amid sharp criticism of China by the US and other nations for its alleged under-reporting of the coronavirus cases and cover-up of the origin of the viral strain, which emerged in Wuhan in December last, reportedly from the local Hunan sea food market.

Explaining the reason for the figure revision, the Wuhan municipality said it was done to ensure that the information on the city’s COVID-19 epidemic is open and transparent, and that the data are accurate.

Listing the reasons for the data discrepancies, it said the surging number of patients at the early stage of the epidemic overwhelmed medical resources and the admission capacity of medical institutions. Some patients died at home without having been treated in hospitals.

Besides, during the height of their treating efforts, hospitals were operating beyond their capacities and medical staff were preoccupied with saving and treating patients, resulting in belated, missed and mistaken reporting.

Also, due to a rapid increase of designated hospitals for treating COVID-19 patients — including those administered by ministries, Hubei Province, Wuhan city and its districts, those affiliated to companies, as well as private hospitals and makeshift hospitals — a few medical institutions were not linked to the epidemic information network and failed to report their data in time.

The registered information of some of the deceased patients was incomplete, and there were repetitions and mistakes in the reporting, the Wuhan authorities noted.

Citing an official of the Wuhan municipal headquarters, Xinhua reported that a group for epidemic-related big data and epidemiological investigations was established in late March.

The group used information from online systems and collected full information from all epidemic-related locations to ensure that facts about every case are accurate and every figure is objective and correct.

“What lie behind the epidemic data are the lives and health of the general public, as well as the credibility of the government,” the official was quoted by the report.

The timely revision of the figures, among other things, shows respect for every single life, the official said.

Meanwhile, the revised cases were not included in the overall national figures released by China’s National Commission (NHC) in its daily report on Friday as it reports previous day’s cases.

As per NHC data, as of Thursday the overall confirmed cases of coronavirus was 82,367, including 3,342 deaths.

As many as 1,081 patients are being treated and 77,944 people discharged after recovery, it said.

NHC said it received reports of 26 new confirmed COVID-19 cases from the mainland on Thursday, of which 15 were imported.

No death was reported on Thursday on the mainland.

As of Thursday, China has a total of 1,549 imported cases, NHC said, adding that 879 were undergoing treatment with 45 in severe condition. Besides, there were 66 new asymptomatic cases, taking the tally to 1,038.