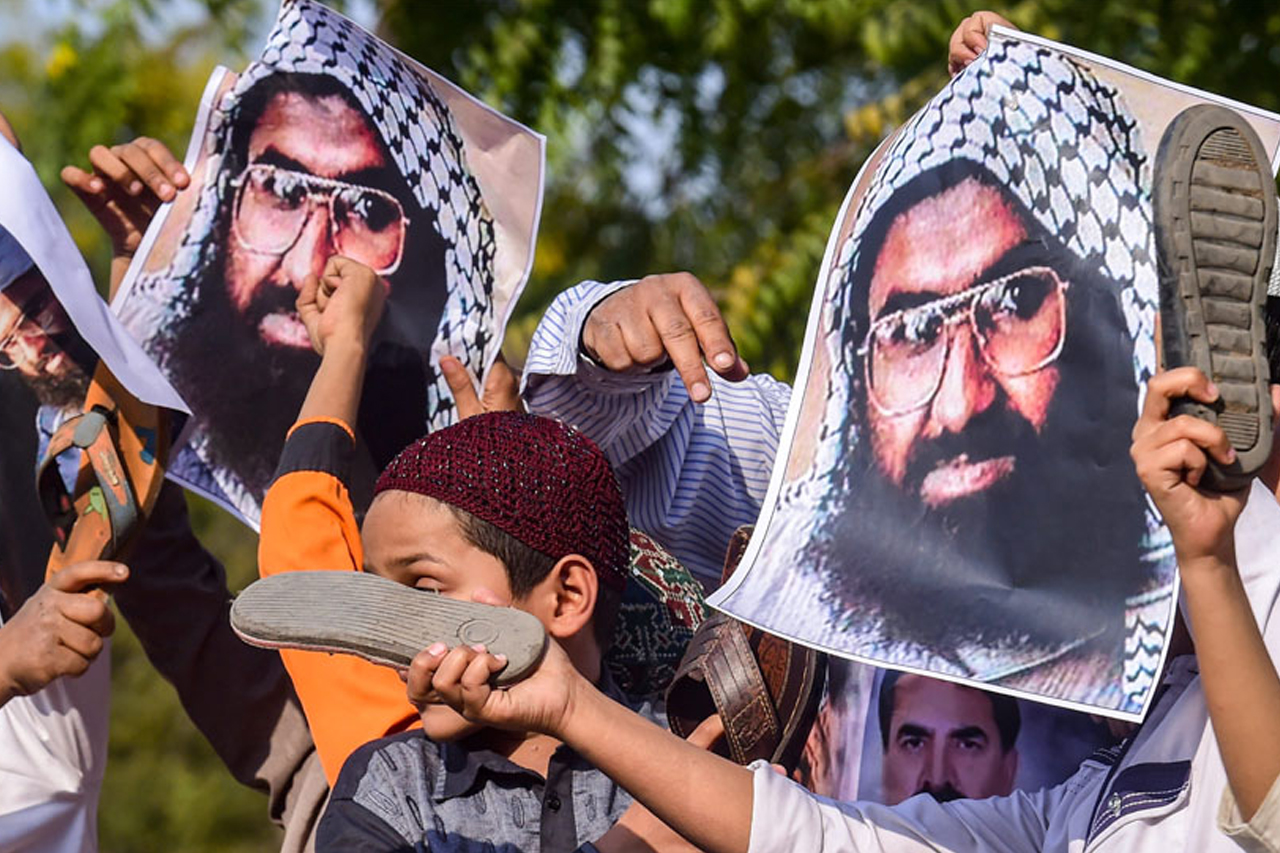 File pic of Masood Azhar. Beijing shields its ally Pakistan where it has billions of dollars of investments as part of its massive Belt and Road project.

China on Thursday indicated that it won’t support the unilateral draft resolution circulated by the US to the UN Security Council (UNSC) to declare Masood Azhar, chief of the Pakistan-based terror group Jaish-e-Mohammed (JeM), as an international terrorist and slammed Washington for its move.

Beijing also accused Washington of “bypassing” the UN 1267 Committee and eroding its authority.

Last month, China for the fourth time put on hold the resolution seeking a UN ban on Azhar, a terrorist wanted in India for plotting several deadly attacks including the February 14 Pulwama suicide bombing that killed 40 CRPF troopers in Kashmir.

China’s repeated blocking of such requests by India, the US and the UK and others have frustrated these countries.

The latest technical hold on the resolution by Beijing prompted the US to turn directly to the Security Council and unilaterally circulate a draft of such a request to declare Azhar an international terrorist.

“The US has bypassed the 1267 Committee and directly filed the draft of the resolution to the Security Council. This is not in line with the resolution of the issue through dialogue and negotiations,” Foreign Ministry spokesperson Geng Shuang said.

He was responding to a question about the US circulating a draft banning Azhar in the UNSC outside the 1267 committee framework.

“This has reduced the authority of the committee as the main anti-terrorism body of the Security Council. This is not conducive to the solidarity and will only complicate the issue. We urge the US to act cautiously and avoid forcefully moving forward this resolution draft,” Geng added.

“I shall say that China has never denied such a draft… We just put a technical hold.”

While putting a hold on the resolution, which was proposed by the UK, US, and France, China sought time to explain the rationale behind the move. Its time runs out this week.

Beijing shields its ally Pakistan where it has billions of dollars of investments as part of its massive Belt and Road project.

“The relevant country filed an application to list Masood at the committee 1267. Since China needs more time to conduct an in-depth and comprehensive review, we put forward a technical hold on the listing on March 13. This is in line with the rule of procedure of the committee and there are some precedent cases of such technical holds,” Geng said.

“The listing of Masood involves a series of complex factors and China has also been working seek a proper solution through dialogue. Under the current circumstances, the Security Council should act in a prudential way to play a constructive role and create necessary time and space for the relevant parties to conduct dialogue and negotiations,” Geng added.