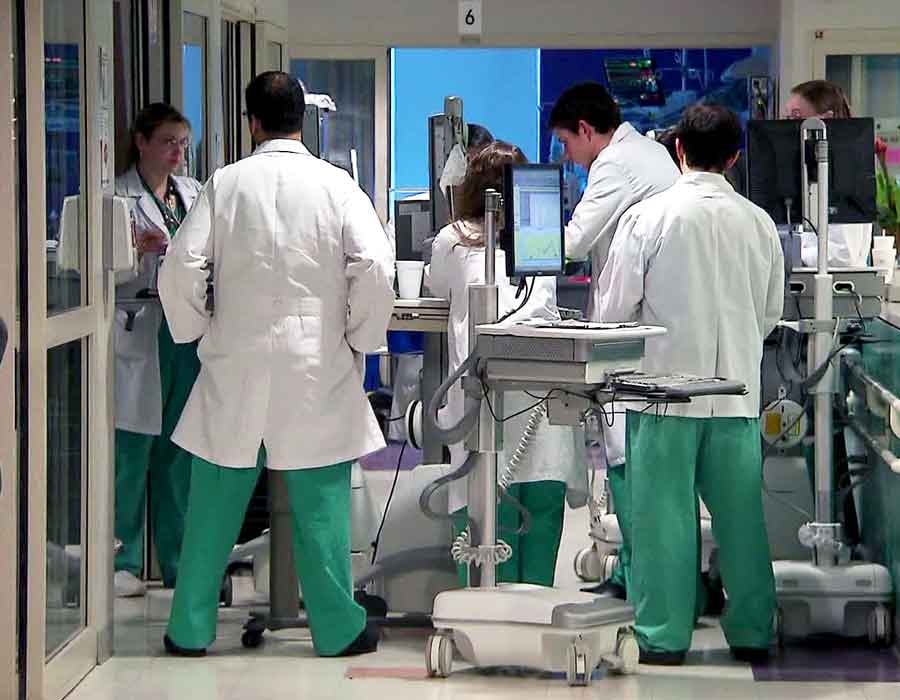 The number of global coronavirus deaths has increased to 102,753, while the total number of cases worldwide has surpassed 1.6 million, according to the latest update by the Washington-based Johns Hopkins University.

As of Saturday morning, the overall number of infections increased to 1,698,416, while the tally of those who recovered from the deadly disease stood at 376,677, according to the varsity’s Center for Systems Science and Engineering (CSSE).

Read Also | Newborn babies may be at risk of catching COVID-19 from mothers during pregnancy: Chinese researchers

Italy accounted for the highest death toll at 18,849, with the US in the second place with 18,769 fatalities.

Although the pandemic originated in China last December, it now only accounts for 3,343 deaths with 83,003 confirmed cases.

The US has become the first country in the world to register more than 2,000 coronavirus deaths in a single day, sparking fears that it may soon overtake Italy in the unpleasant spot as the nation with the highest number of COVID-19 fatalities.

According to the latest data from the Johns Hopkins University, 2,108 people lost their lives to the virus in the US in the 24 hours from Thursday night, reports Efe news.

The total number of fatalities in the US has now jumped to 18,769, closing the gap with Italy.

The European country has recorded 18,849 deaths and remains the worst affected nation by the pandemic.

Most of the deaths recorded since Thursday night is from three states in the states of New York, New Jersey, and Michigan.

Some 777 people lost their lives in New York while the neighbouring state of New Jersey witnessed 232 fatalities. In Michigan, 205 died due to the infection.

The total number of confirmed infections in the US also exceeded half a million. The country has confirmed 501,419 coronavirus patients, according to Johns Hopkins University. Some 29,078 patients have recovered.

The US remains the focus of the pandemic and leads the number of infections in the world ahead of Spain with 158,273 cases and 16,081 fatalities.

According to the Johns Hopkins University tally, the global death toll from the virus increased to 102,764 on Saturday morning, while there number of infected worldwide stood at 1,698,416.

Within the US, the most affected city remains New York. The city woke up on Friday to the shocking images of mass graves on the island of Hart, northeast of the Bronx neighbourhood.

The authorities have decided to make this type of burial temporarily until family members claim the bodies for private burials in the future.

Earlier this week, the New York City Council announced that it was considering such measures amid a spike in daily deaths and the collapse of funeral homes and cemeteries.

Many hospitals have refrigerated trucks on their back doors that serve as mobile morgues.

At the federal level, the White House had earlier estimated that the coronavirus could cause 100,000 to 240,000 deaths. However, this week it reduced the projection to 60,000.

In total, 42 of the country’s 50 states, in addition to Puerto Rico and the District of Columbia, have ordered their residents to stay home, which means that approximately 95 per cent of the US population (about 316 million people) were being held indoors.

The novel coronavirus has claimed 13,197 deaths in French hospitals and retirement homes, an increase of 987 from a day earlier while the number of critically-ill patients declined for a second consecutive day, offering a “pale ray of sunshine,” said General Director of Health Jerome Salomon at his daily briefing on the epidemic.

Further 554 patients died in the country’s health institutions in the last 24 hours, bringing the total to 8,598. The cumulative tally of deaths in accommodation establishments for dependent elderly people since March 1 stood at 4,599, up from 4,166.

A 10-year-old child tested positive for the COVID-19 had died in Parisian region, but the cause of his death “seems however multiple”, said Salomon on Friday, reported Xinhua news agency.

The total infections detected in hospitals rose by 4.25 percent to 90,000, slower than Thursday’s 5.3 percent and the number of “confirmed or possible” cases in nursing homes rose to 34,193 from 31,415, said the official.

“It’s a pale ray of sunshine, but this tiny improvement is very important for all caregivers,” said Solomon, adding that “a very high plateau seems to be starting. We must remain completely vigilant.”

On April 7, France entered its fourth week of nationwide confinement.