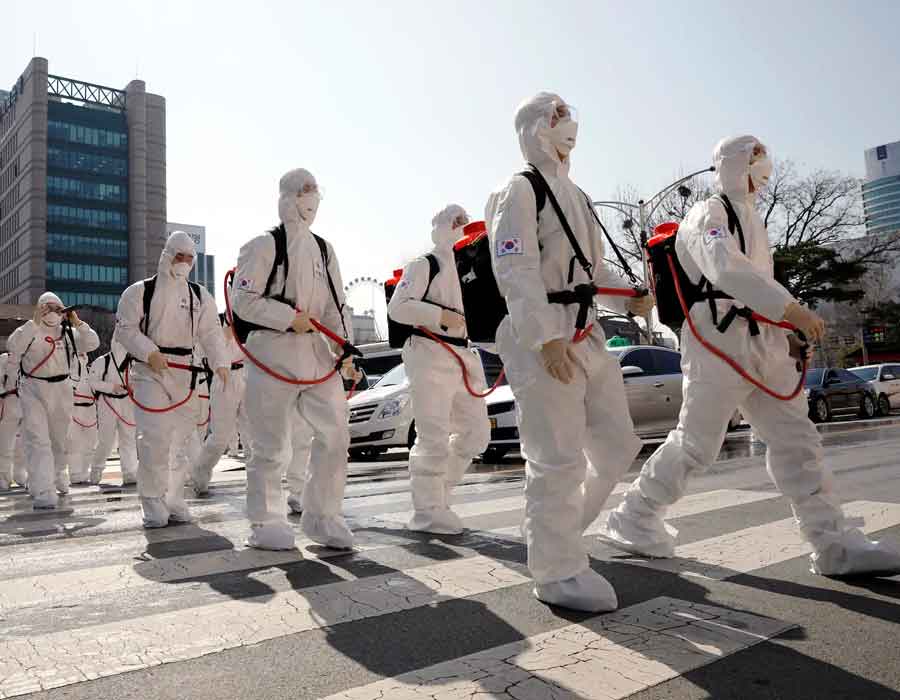 Finally, there is some good news for the world in its fight against COVID-19. South Korea on Monday recorded less than 50 new coronavirus cases.

It is the lowest number of corona cases in South Korea since late February as the nation extended strict guidelines on social distancing.

South Korea has recorded around 100 or fewer daily new cases for more than three weeks, but health authorities remain on high alert over cluster infections at churches and hospitals, as well as new cases coming from overseas, said a Yonhap News Agency report.

The 47 new cases, detected on Sunday and down from 81 new cases a day earlier, brought the nation’s total infections to 10,284.

The nation’s death toll rose by three to 186, while more than 130 recovered from the virus Sunday, raising the total number of cured people to 6,598, according to the Korea Centers for Disease Control and Prevention (KCDC).

Speaking to the media here, Vice Health Minister Kim Ganglip cautioned against reading too much into Sunday’s decline in daily infections, saying that fewer tests over the weekend meant fewer cases were detected.

Kim said social distancing is the best containment measure to slow the spread of the virus, calling for people to continue maintaining a distance from one another.

“In the end, the success of slowing the virus depends on people,” Yonhap News Agency quoted Kim as saying in the briefing.