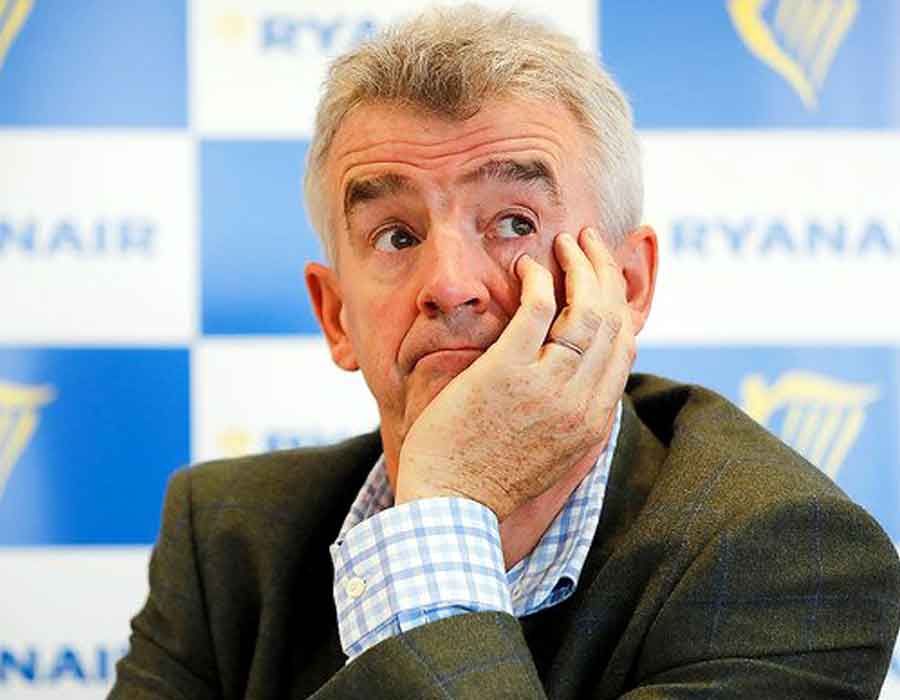 In a controversial statement, Ryanair CEO Michael O’Leary has advocated profiling of Muslim men at airports because terrorists, in his opinion, are generally of Muslim persuasion.

Responding to a question on airport security, the Ryanair CEO said that bombers nowadays are mostly single Muslim males travelling on their own, adding they used to be Irish thirty years ago.

“Who are the bombers? They are going to be single males travelling on their own… If you are travelling with a family of kids, on you go; the chances you are going to blow them all up is zero,” Michael O’Leary told the Times newspaper in an interview.

The Ryanair CEO further said that people desist from saying it openly because they are afraid of being branded racists.

“You can’t say stuff, because it’s racism, but it will generally be males of a Muslim persuasion. Thirty years ago it was the Irish,” he said.

Michael O’Leary’s statement evoked a sharp response from the Muslim Council of Britain which accused the Ryanair CEO of “Islamophobia”.

“Michael O’Leary should be under no illusion: his comments are racist and discriminatory. He openly advocates discrimination against “males of a Muslim persuasion”, which presumably is not based on specific intelligence but solely whether someone ‘looks or acts like a Muslim’. This is the very definition of Islamophobia,” Muslim Council of Britain said in a statement.

Labour MP Khalid Mahmood also slammed the Ryanair CEO for his statement and blasted him for “encouraging racism”.

“In Germany this week a white person killed eight people. Should we profile white people to see if they’re being fascists?” Mahmood asked.