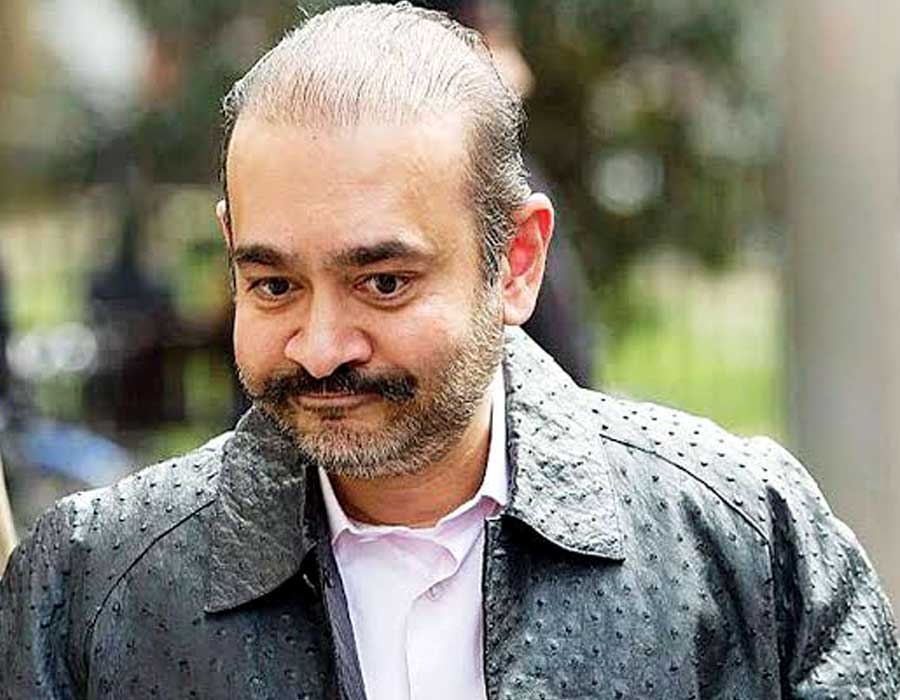 In a desperate bid to avoid his extradition to India, fugitive diamond merchant Nirav Modi on Wednesday told a UK court that he would kill himself if he is handed over to India for prosecution in Rs Rs 9,100 crore Punjab national bank (PNB) scam.

Nirav Modi’s counsel made these remarks while pressing for his bail before Chief Magistrate Emma Arbuthnot at Westminster Magistrates’ Court in London.

However, the judge rejected the bail plea despite an offer of an “unprecedented bail package”, which included 4-million pounds in security as well as house arrest akin to those imposed on terrorist suspects.

Dressed in a white shirt and blue sweater, Nirav Modi was taken back to Wandsworth prison in south-west London and will next appear via video link before the same court on December 4.

“The past is a prediction of what might happen in the future,” said Judge Arbuthnot, as she concluded that she remains unconvinced that he would not interfere with witnesses or fail to surrender before the court for his trial in May 2020. She also noted that the confirmation that Nirav Modi is suffering from depression is not such that would influence her to change her previous ruling to deny bail.

She, however, was extremely critical of “appalling” leaks to the Indian media last month associated with Nirav Modi’s latest bail application, which referred to his mental health condition from a confidential medical report.

Nirav Modi’s defence team blamed the leak on the Indian investigative agencies and produced a bundle of press reports dated October 30 for the judge to accuse the Indian authorities of bad faith and egregious behaviour.

“It is very unfortunate indeed that the doctor’s report was leaked. It should not happen and would undermine the court’s trust in the government of India if indeed that emerges to be the source of the leak,” the Judge said.

James Lewis, appearing for the Crown Prosecution Service (CPS) on behalf of the Indian government, stressed that the leak was deplorable but did not come from the Indian side.

He challenged the fresh bail application on the grounds that there had been no material change in circumstances from the previous three occasions and stressed that Nirav Modi continued to possess the means and intention to flee the UK.

“He has said he will kill himself if his extradition is ordered, that in itself is the strongest motivation for someone to abscond,” noted Mr Lewis.

Nirav Modi’s barrister, Hugo Keith, argued a change in circumstances in the doubling of the security offered to the court, from the previous 2 million pounds to 4 million pounds and also a privately-paid guard service to ensure constant monitoring alongside electronic tagging.

Besides his client’s “mental state” in Wandsworth prison, he informed the court of an extortion attack earlier on Wednesday when two inmates entered his cell and kicked him to the floor and punched him in the face.

“It is obvious that it was a targeted attack following renewed media coverage recently in which Nirav Modi is wrongly referred to as a billionaire diamantaire,” said Keith, accusing the Indian government of having “thoroughly blackened” Nirav Modi’s name as a “world-class schemer”.

He argued at length about the diamond merchant’s difficulties in preparing for his case from inside prison, where he is locked up isolated and vulnerable in a cell 22 hours a day. The judge did offer to intervene with a direction to the prison authorities to allow him access to a computer in order for him to effectively prepare his defence in the case.

Nirav Modi has been behind bars at Wandsworth prison since his arrest on March 19 on an extradition warrant executed by Scotland Yard on charges brought by the Indian government.

During subsequent hearings, Westminster Magistrates’ Court was told that Nirav Modi was the “principal beneficiary” of the fraudulent issuance of letters of undertaking (LoUs) as part of a conspiracy to defraud PNB and then laundering the proceeds of crime.