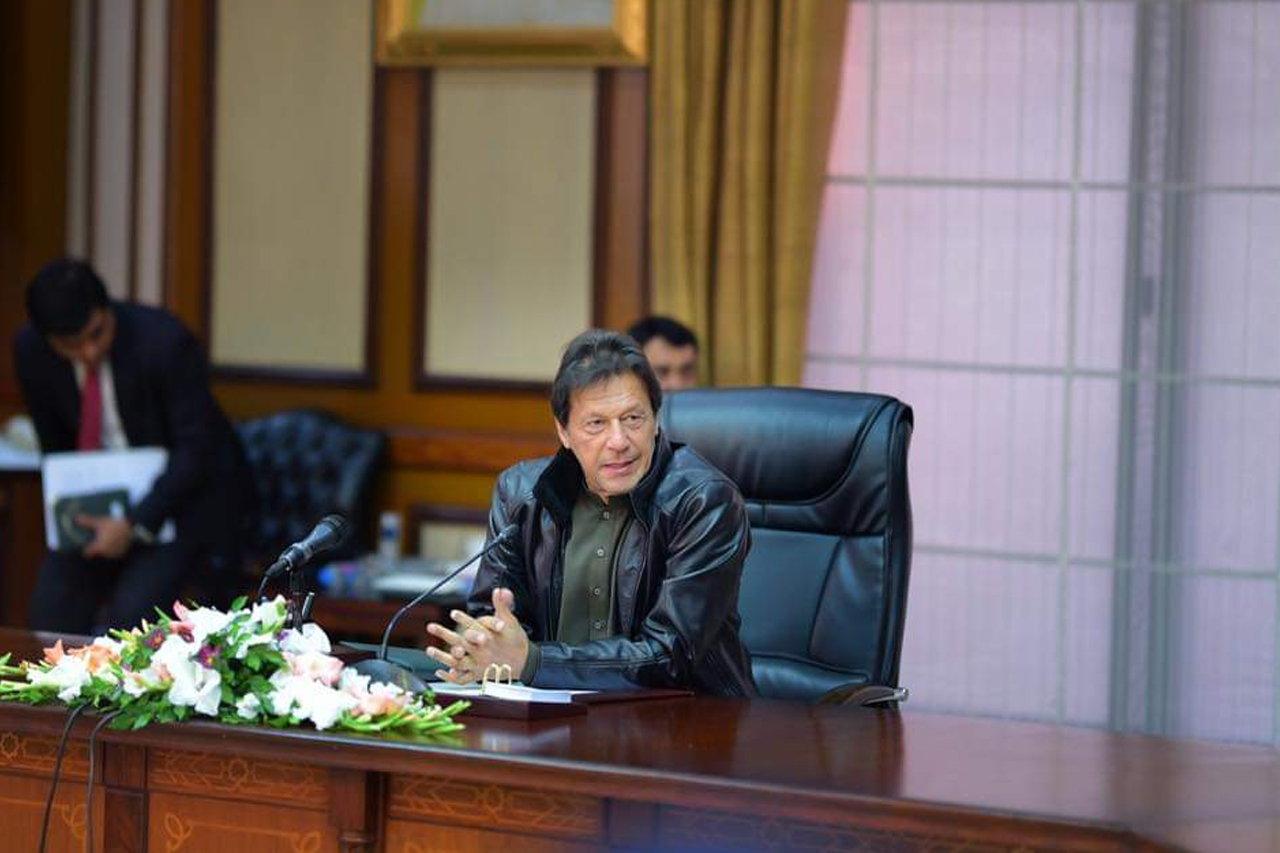 Imran Khan said that Pakistan's soil will not be allowed to be used for terrorism.

Pakistan Prime Minister Imran Khan said on Friday that his government would not let any armed groups function in the country amid intensifying crackdown on Islamist groups and their leaders.

“Under the National Action Plan (NAP), we will not permit any armed group in Pakistan. No country does this. This was decided by all the parties of Pakistan. Since our government came to power, we have decided that we will implement the NAP,” Khan said while addressing a rally in Tharparkar district.

“Pakistan’s soil will not be allowed to be used for terrorism,” he was quoted as saying by Geo News.

His comments came amid tensions between New Delhi and Islamabad after the Pakistan-based Jaish-e-Mohammed (JeM) claimed responsibility for the February 14 Kashmir suicide bombing that killed 40 CRPF troopers.

The Kashmir bombing resulted in mounting pressure from the international community on Islamabad to act on terrorist groups based on its soil.

Following that, Pakistan launched a crackdown against terror groups earlier this week and arrested the brother and son of JeM Masood Azhar along with 42 others affiliated with the banned terror groups.

It said that law enforcement agencies took 121 people into preventive detention and seized 182 madrasas as part of its continuing crackdown on terror groups.

The government also seized properties belonging to Hafiz Saeed’s proscribed Jamaat-ud-Dawa and its charity arm Falah-e-Insaniyat. But Pakistan says that its action against the terror groups was not taken under any pressure.

Khan also spoke about the security of the minorities in Pakistan and said that his country stood with them unlike India where “the minorities were being targeted”.

He said his government stood with the people of the Hindu community, a minority in Pakistan, and would not tolerate any injustice against them.

“In this Pakistan, it is our responsibility to ensure that minorities are equal citizens and will not be discriminated against.”

India, in retaliation to the Kashmir bombing, had bombed the JeM’s biggest training camp in Balakot, Pakistan, on February 26. The next day, Islamabad captured an Indian Air Force pilot after a dogfight between the two air forces. He was released on March 1 as a “peace gesture” by Pakistan.

Reiterating that his country wanted peace, Khan said: “We returned the pilot because we don’t want war. We decided that if you (India) have casualties in Pulwama, we are willing to provide help. However, no one should mistake this for fear.”

He added that the main focus of his government was to eliminate poverty.

“When I spoke to Modi after becoming Prime Minister, I said South Asia has the highest rate of poverty and we should resolve issues through dialogue. But I did not know that as soon as their election campaign began, their focus shifted to gain votes by spreading hatred.”