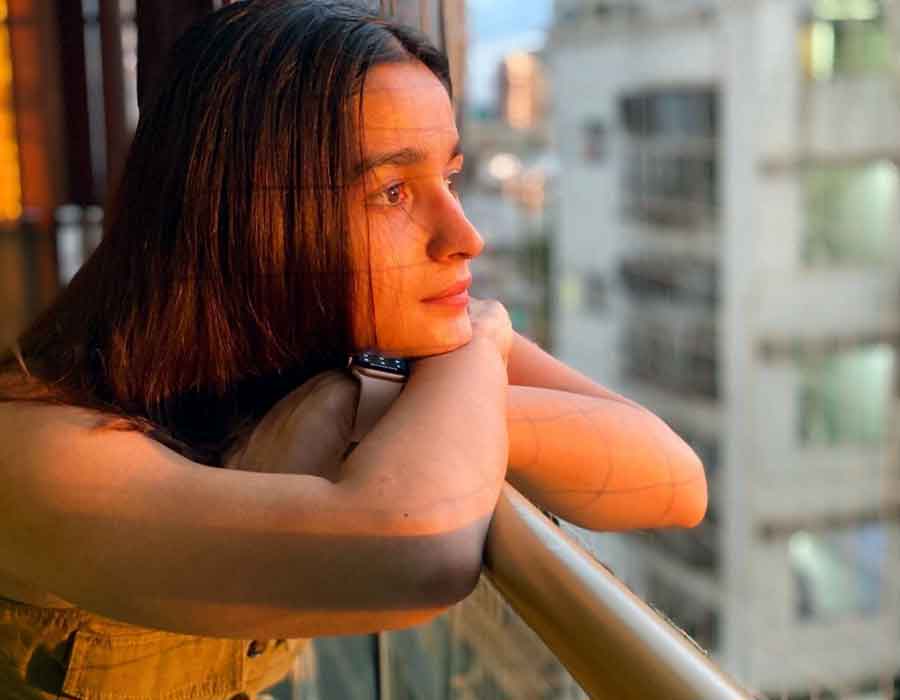 Actress Alia Bhatt has treated fans and followers with a sun-kissed photograph of herself.

Alia shared the photograph on Instagram. In the image, Alia is seen standing on her balcony looking outside, while the sun rays add a glow to her perfect skin.

The actress for the caption then wrote a line from the song Suraj hua maddham from filmmaker Karan Johar’s film Kabhi Khushi Kabhie Gham which is picturised on actors Shah Rukh Khan and Kajol.

“Suraj Hua Maddham,” Alia wrote as the caption for the image, which currently has over 1.6 million likes.

On the work front, Alia, who was last seen on screen in Kalank, will be seen opposite Ranbir Kapoor in the fantasy adventure Brahmastra. She will also be seen in Gangubai Kathiawadi and Sadak 2.