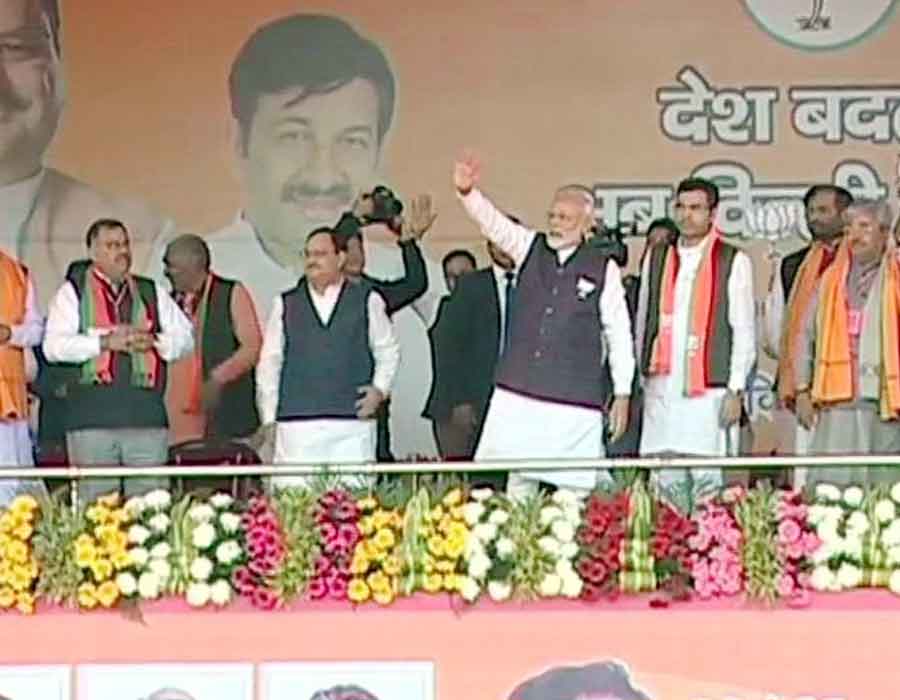 Attacking the ruling Aam Aadmi Party, Prime Minister Narendra Modi on Tuesday said Delhi needs a government that will not resort to appeasement but supports the CAA, abolition of Article 370 and issues of national security.

Addressing an election rally in Dwarka three days before the February 8 assembly elections, the prime minister said the national capital also needs a government that will give direction and not resort to blame games.

The prime minister accused the AAP dispensation of not implementing the Ayushman Bharat scheme in the national capital and asked if the AAP government’s ‘mohalla clinics’ will work if Delhiites fall sick outside the city.

Modi, who addressed a rally in east Delhi’s Karkardooma locality on Monday, said the people of Delhi have seen how the AAP government practises the politics of hate.

The people of Delhi say the country has changed, and now is the time for Delhi’s transformation, the prime minister told the gathering.

“Delhi does not need a government which gives opportunity to enemies to attack us,” he said.

Modi said opposition parties are spreading lies and rumours about the Citizenship (Amendment) Act but people of Delhi understand this.

Slamming the AAP and Congress, he said both parties cry for Batla House terrorists, put security forces in dock and instigate people but can’t develop the national capital.

Appealing to people to vote for the BJP, he asked them to punish those who insult armed forces.

The national capital goes to the polls on February 8 and the results will be declared on February 11.