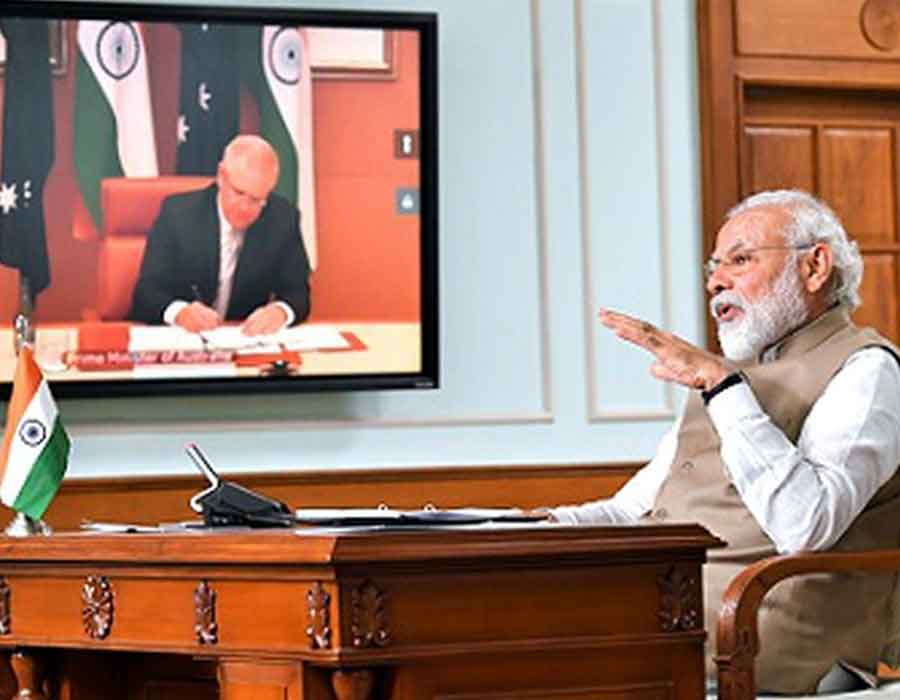 Nothing is going right for China at this time. It has been increasingly getting “isolated” for its dubious handling of Covid-19 pandemic. The world community is enraged over its naked attempts to throttle freedom of the people of Hong-Kong. The lawmakers of at least 8 countries along with parliamentarians of EU have formed a global alliance to push for strict action against the authoritative regime of China. The worried Chinese are flexing muscles against neighbours in the South China Sea and Ladakh where their army has violated the status-quo at the border with India.

An article in the state-run Chinese media quoted its hand-picked analysts as saying that the defence agreements are “a joint effort between India and Australia to counter China”. The article said that the agreements assume significance as they come against the backdrop of escalating border tensions between China and India.

The article accused India of picking up a fight with China to boost relationships with the West and termed it “a shift in India’s strategic tendencies”.

“By asserting itself with recent conflicts with China on its border, India may hope to shape more pressure toward China from the international community – in particular from the West. New Delhi can thus show Washington its tensions with Beijing, adding more leverage to boost relationships with the West. This embodies a shift in India’s strategic tendencies,” it said.

Referring to the signing of the mutual logistics support pact that India and Australia signed and New Delhi’s willingness to include Canberra in the Malabar trilateral naval exercise this year, the article said that China needs to be vigilant.

“India and Australia on Thursday signed a pact of mutual logistics support to increase military inter-operability through defence exercises between the two countries. Furthermore, it is reported that New Delhi is open to include Canberra in the Malabar trilateral naval exercise this year. Their common interests in dealing with rifts with China do play a role in urging the two countries to coordinate strategically, which deserves China’s vigilance,” it added.