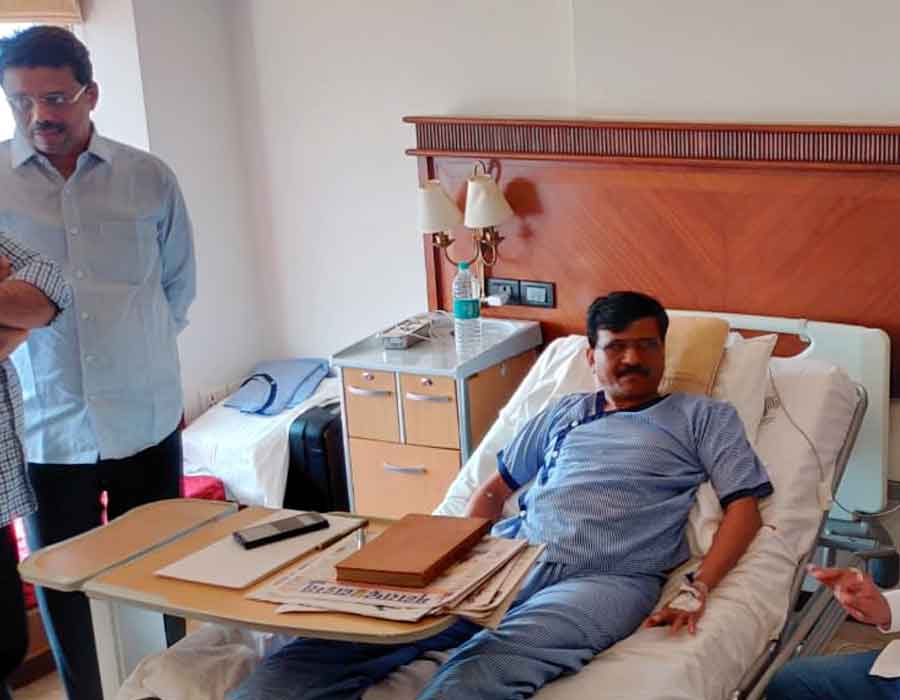 Firebrand Shiv Sena MP Sanjay Raut on Tuesday asserted that his party Shiv Sena has not given up hopes on forming government in Maharashtra though it failed to submit letters of support from NCP and Congress to the governor by the stipulated 7.30 pm on Monday.

Raut, who underwent angioplasty for two blockages in an artery late on Monday night, tweeted Tuesday morning that those who keep trying never accept defeat.

At the height of the political drama in Maharashtra in which he is one of the key players, Raut, 57, was rushed to the Lilavati Hospital for angiography on Monday evening.

“Sanjay first underwent an angiography. Two blockages were detected in one of the arteries. Later in the night, an angioplasty was performed and he is recovering and stable now,” his brother Sunil Raut told the media persons.

The procedure was carried out by well-known cardiologist Ajit Menon, who had earlier treated the late Sena founder Bal Thackeray, and Raut is likely to be discharged in a day or so.

A senior Sena leader said that though Raut had been complaining of chest pain and had gone for a couple of checkups last fortnight, the recent spell of heavy political activity took its toll at a critical time.

It was only at the insistence of Sena President Uddhav Thackeray that Raut, who is also the executive editor of the party mouthpiece ‘Saamana’, took some time off for himself and underwent the procedure on Monday.