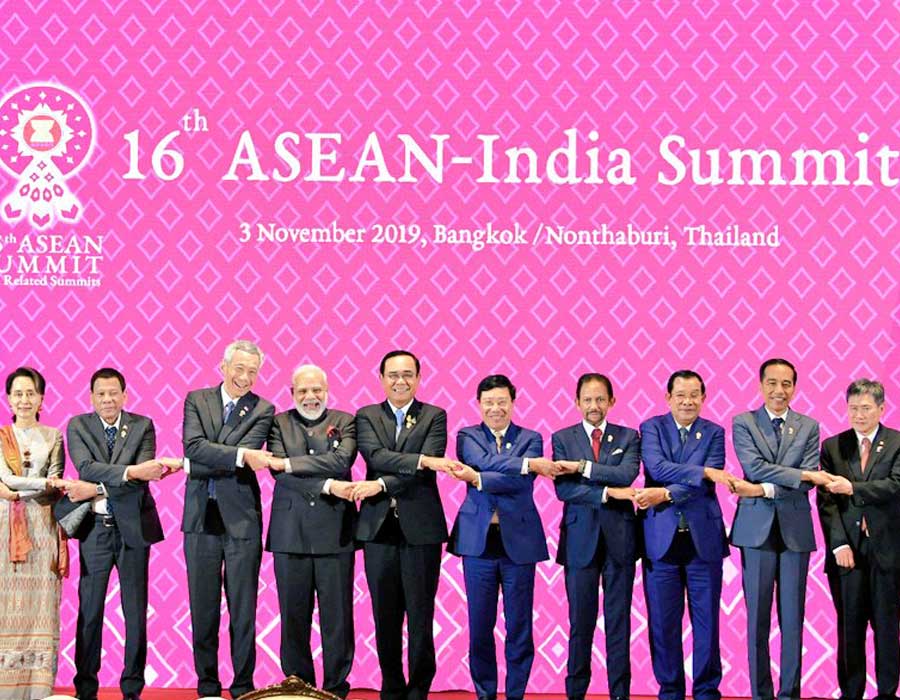 PM Modi, during his address at the annual India-ASEAN summit in Bangkok, talked about the mutual coordination between India’s vision of the Indo-Pacific and ASEAN Outlook for the strategically key region which has been witnessing growing Chinese assertiveness.

News agency PTI quoted MEA officials as saying that the biggest takeaway from the 16th India-ASEAN summit was an acknowledgement of the ASEAN leaders about India’s growing role in the Indo-Pacific for the first time after the bloc came out with an “Outlook” for the region.

2. “I welcome the mutual coordination of the Indo-Pacific Outlook between India and the ASEAN. India’s Act East Policy is an important part of our Indo-Pacific vision. The ASEAN is and always will be the heart of our Act East Policy. Integrated, organised and economically developing ASEAN is in India’s basic interest,” PM Modi said.

3. The prime minister also talked about cross border terrorism, the spread of violent extremism and the situation in the South China Sea, and underlined the need for greater cooperation between India and the ASEAN (Association of Southeast Asian Nations) to unitedly confront major challenges facing the region.

4. “All the ASEAN countries appreciated India’s growing role (in the Indo-Pacific) region and that India’s growing role is a factor of peace and stability in the region. That is the broad approach of the ASEAN,” said Vijay Thakur Singh, Secretary (East) in the Ministry of External Affairs.

5. The ASEAN region along with India together comprises a combined population of 1.85 billion people, which is one-fourth of the global population and their combined GDP has been estimated at over USD 5 trillion.

6. PM Modi also announced that India would be looking at creating an endowment of ₹50 million for promoting exchanges between faculty as well as students under India-ASEAN network.