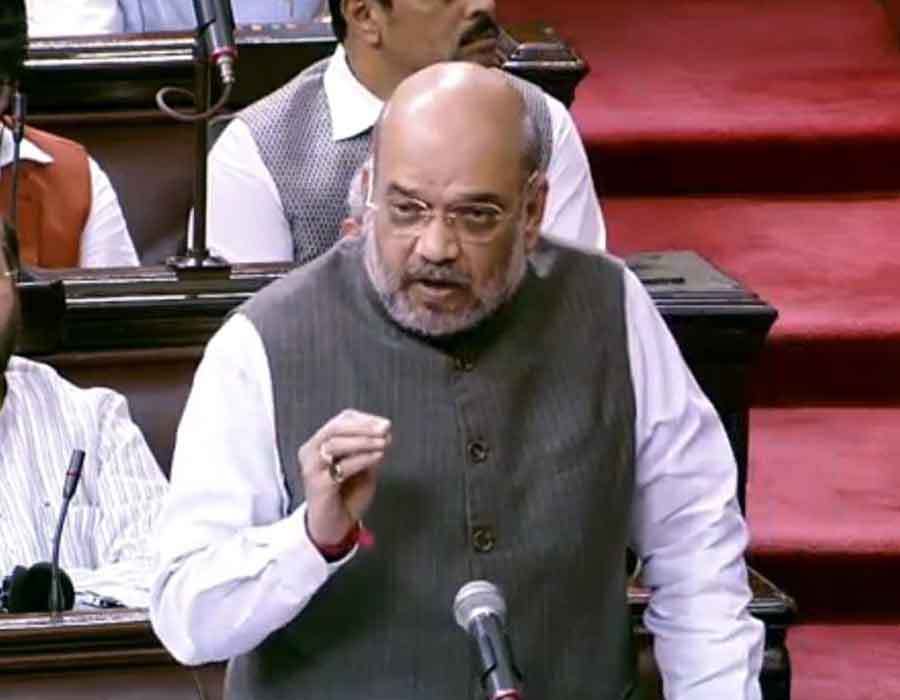 New Delhi: Allaying fears over the National Population Register (NPR), Home Minister Amit Shah on Thursday said no citizen will be marked ‘D’ or ‘doubtful’ during the updating exercise and no documents need to be furnished to prove citizenship.

Also, it is not compulsory to provide any information not available with an individual, he said.

Shah gave the clarification during his reply to a debate on communal riots in Delhi which he said were triggered by alleged hate speeches made after passing of the new citizenship law that gave non-Muslim illegal migrants from neighbouring nations Indian citizenship.

The updating of the NPR is to be done during six months beginning April 1 with enumerators seeking demographic and other particulars of each family and individuals.

On Delhi riots, Shah said the guilty, irrespective of political or religious affiliation, will not be spared. The guilty will be punished with the objective of instilling fear of law.

“No one from minority community should have any doubt regarding CAA and NPR,” he said.

“I want to set the record straight. No document will be required to be furnished in the NPR exercise. It wasn’t done in the past and it won’t be now.”

Also, people will be free to provide whatever information they have, he said.

“No one will be required to give information which is not there,” he said on apprehensions of residence of parents being asked in the NPR and absence of it casting doubts.

“No ‘D’ will be marked” for anyone not providing information, he said.

He was responding to senior Congress leader Kapil Sibal expressing apprehension of enumerators marking ‘D’ against any an individual not answering all questions in the NPR.

Shah offered to clear any other doubts over NPR to a small delegation of opposition leaders if they wish to visit him.

He said no section of the Citizenship Amendment Act (CAA) provides for taking away of citizenship of anyone.

The NPR is a register of usual residents of the country. The data for NPR was last collected in 2010 along with the house-listing phase of Census 2011.