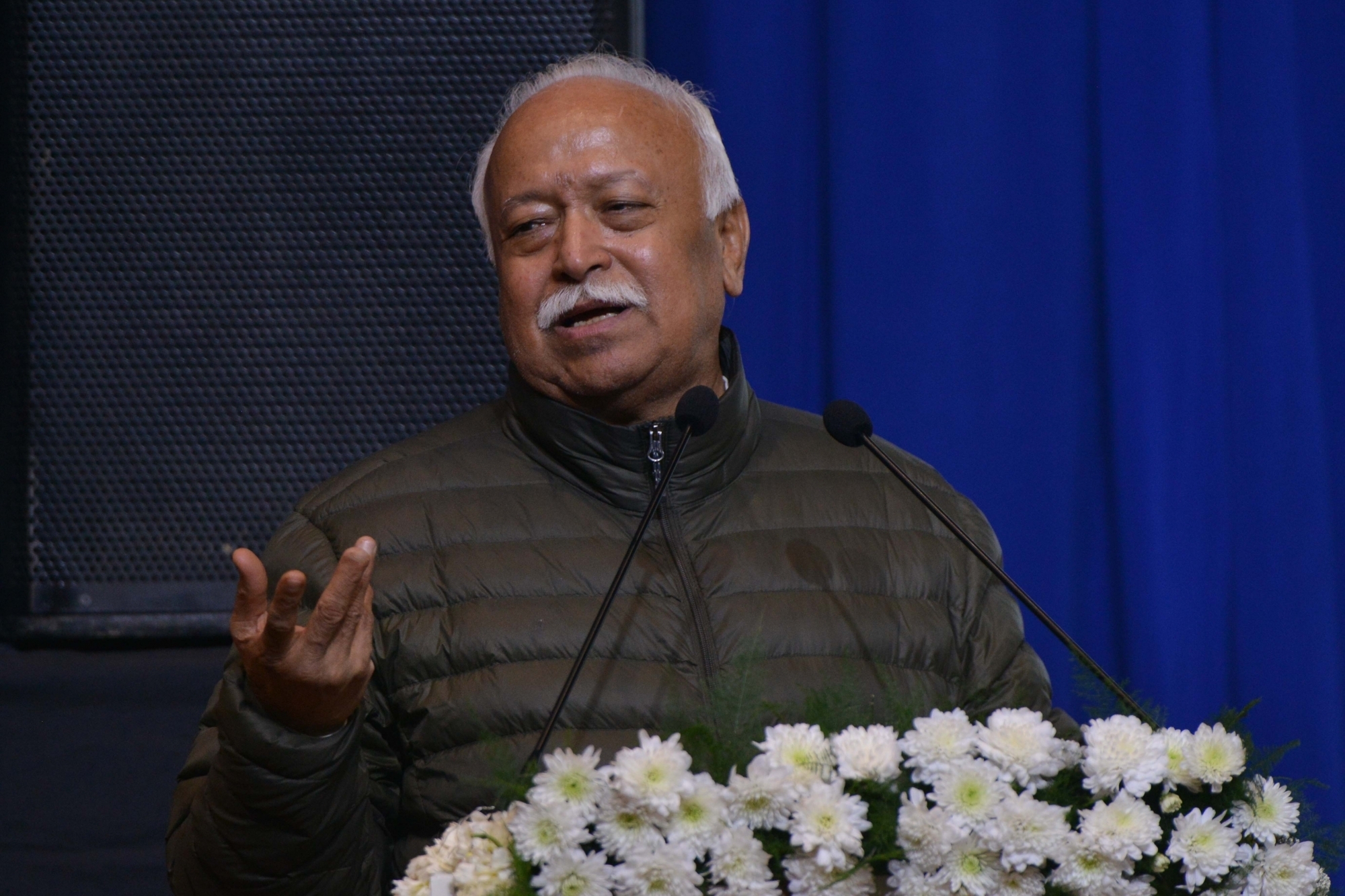 The Rashtriya Swayamsewak Sangh (RSS) has asked the elected governments to guard against “misuse of power”.

RSS chief Mohan Bhagwat, while addressing over 600 RSS volunteers, said: “Those getting elected in a democratic set-up have immense power, but this does not mean that it should be misused. If the government falters at any point of time, the Sangh will give it advice and suggestions with a positive point of view.”

The RSS chief’s comments come days after the Narendra Modi government was sworn in, following the BJP’s overwhelming majority in the 17th Lok Sabha.

Bhagwat, who is on a four-day visit to Kanpur, asked volunteers not to be arrogant.

“No matter how much good work you have done and how much you have helped others, arrogance takes it away,” he said.

The RSS chief discussed the topics of nationalism, social equality and service in his interaction with volunteers. He also focused on qualitative development of Sangh volunteers and apprised them of his views on dedication towards society

Mohan Bhagwat was here to participate in the ongoing 20-day training programme of Purvi Kshetra Prashikshan Varg (east zone unit) which started on May 24 and will continue till June 13 at the Deen Dayal Upadhyaya Sanatan Dharma Vidyalaya.